“We are bringing new wind and solar projects online to power our offices, fulfillment centers, data centers, and stores, which collectively serve millions of customers globally, and we are on a path to reach 100% renewable energy across our entire business by 2025,” said Adam Selipsky, CEO of Amazon Web Services. “Around the world, countries are looking to accelerate the transition to a clean energy economy, and continued investments like ours can help accelerate their journey as we all work together to mitigate the impacts of climate change.”

Amazon continues to successfully enable projects in power grids around the world, including:

· In the Asia-Pacific region, Amazon is announcing the company’s first three large-scale projects in India. All three are solar projects in Rajasthan, representing 420 megawatts (MW) of clean energy capacity. Amazon is scaling fast in India, and these first investments play a critical role in reducing our carbon emissions in the country. In the Asia-Pacific region, the company now has a total of 57 renewable energy projects.
· In Europe, Amazon now has 117 renewable energy projects. Amazon is announcing its first rooftop solar projects in France and Austria, and its first solar farm in Poland. Amazon’s investment in its first utility-scale project in Poland is one of the largest corporate solar deals announced to date in the country. With this commitment, Amazon is directly contributing to the Polish government’s goal of increasing renewable energy on its grid. Corporate support of new renewable energy projects like Amazon’s helps open up the market for additional wind and solar farms, and accelerates the decarbonization of the grid.
· In North America, Amazon is adding 1 GW of clean energy capacity across the Southeastern U.S., including the company’s first two renewable energy projects in Louisiana. The company now has a total of 202 projects across North America.
· In South America, Amazon is announcing its first renewable energy project, which is a 122 MW solar farm in Brazil. In addition to providing renewable power to Amazon’s operations in the region, this project will also provide economic benefits to the local economy and the region’s biodiversity. The project includes a $380,000 (R$2 million) investment in environmental programs during construction to protect and promote biodiversity. The project is estimated to create 850 jobs during the construction phase, with an additional 30 permanent jobs once the project becomes operational.

To help scale the benefits of investments in the renewable energy sector as it continues to grow, Amazon is also working through the Clean Energy Buyers Institute’s (CEBI) Beyond the Megawatt initiative to ensure the industry is maximizing the economic, environmental, and social impact of energy procurement.

“As a key leader in the CEBA community, Amazon continues to demonstrate that when it commits to a vision, it drives a pace and scale that’s a new bar to follow,” said Miranda Ballentine, CEO of Clean Energy Buyers Association (CEBA) and Clean Energy Buyers Institute (CEBI). “Amazon also continues to be a leader in not only deploying today’s clean energy procurement tools at scale, but also in leading its community of peers and partners in developing tomorrow’s clean energy solutions—whether that’s focusing on ensuring renewables have sustainable supply chains or expanding the impact of clean energy through next generation procurement tools.”

Amazon co-founded The Climate Pledge in 2019, committing to reach net-zero carbon by 2040—10 years ahead of the Paris Agreement. The Pledge now has more than 375 signatories, including Best Buy, IBM, Microsoft, PepsiCo, Siemens, Unilever, Verizon, and Visa. Amazon has also ordered 100,000 electric delivery vehicles, the largest order ever of electric delivery vehicles, and has started to roll them out across the U.S. The company is also investing $2 billion in the development of decarbonizing services and solutions through The Climate Pledge Fund. For more information, visit https://sustainability.aboutamazon.com/. 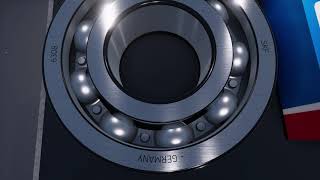 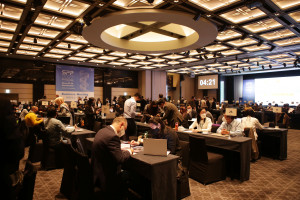